The Reasons Behind “The Big Quit” 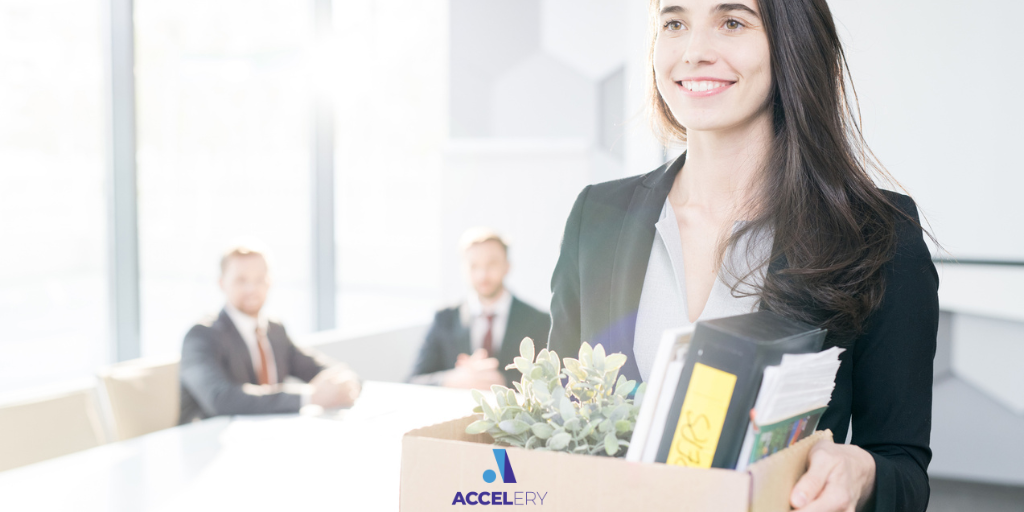 “The Big Quit” sounds like the name of a comedy movie, but it is the real nightmare that many businesses are going through. More than 40 million people voluntarily left their jobs last year, a trend that is continuing in 2022. It is being called “The Big Quit” or “The Great Resignation.”

There are nearly 11 million jobs that companies are unable to fill right now, which makes it an especially bad time to lose employees. Initially, many blamed the increase in voluntary job quitting on the pandemic, but businesses have opened back up, and jobs are open; people are still quitting at high rates, and jobs are still remaining unfilled.

The cost of an average resignation costs a business $11,372. As those jobs remain unfilled for an increasingly longer period of time, that cost will only rise. If a business continues to lose employees, it’ll be at a massive competitive disadvantage to those businesses that retain their employees. But first, businesses need to understand why employees are quitting.

Why The Great Resignation is Happening

There are many reasons why The Great Resignation is happening, and many of those reasons are still being explored as the quitting continues to happen, with there having been multiple months of over 4 million people quitting their jobs over the past year. While the following is not an exhaustive list of the reasons people are quitting, these are some of the main reasons for the great resignation:

The pandemic was blamed for the initial wave of voluntary quitting. It was a major factor, initially. When the pandemic started, many people did leave their jobs. For some, it was over health and safety concerns. For others, with kids not being able to go to school, they had to stay home with their children.

There was a government assistance program that provided extra unemployment payments. This contributed, but it mostly impacted hourly jobs and more entry-level jobs in which the employees made more money being unemployed than they would be employed. Though people are quick to blame this for the big quit, this does not explain why mid to high-level executives and mid to high-salaried employees began quitting their jobs in 2021 and into 2022.

Pay is something that needs to be addressed in the reasons for the big quit, but, it is a bit of a red herring.

Inflation is severely outpacing wage growth. When that happens, the effect is essentially that employees feel as if they have received a pay cut in that the money they make, even if it’s increased slightly, allows them to buy less. Wages increased by 5.1% over the past year, but inflation was at 9.1% in June and 8.9% in July.

There are some employees that are leaving their jobs for more money elsewhere. But, this represents a small percentage of people voluntarily quitting their jobs. Furthermore, employees quitting for higher pay is a challenge businesses have always had to deal with, and most have strategic plans to minimize this from ever becoming a big problem.

Working conditions, most notably where employees work, are one of the major drivers of the big quit. While this was likely a brewing storm reading to erupt, COVID did speed this up.

“Working conditions” is a vague term, and involves a lot of things. For some, it is a lack of comfort within the workplace. For others, the reason leading to quitting is related to unsafe or uncomfortable work environments. But the biggest reason related to this is the inability to work from home.

COVID sped up the shift of the workforce working from home. It gave employees a taste of working from home, and they overwhelmingly liked it. 4.7 million workers currently work from home at least 50% of the time, though 44% of USA companies do not allow remote work, and only 16% of companies hire remote-only workers. Yet, 64% of employees would like a hybrid work option and over 51% of employees say they’d like to work remotely.  Unsurprisingly, companies that do not offer remote work are seeing a bigger impact from the big quit.

The Rise of Remote Work

The knock against remote work has been that employees would not have all the tools needed for their job and that productivity would decrease. Modern technology has solved the first problem. With affordable computers, 1-day shipping of office chairs and printers from places like Amazon, and software like Zoom, employees can have all the tools they need at home for work.

Employees are making it clear, most prefer to have the option to work from home at least part of the time, Businesses that do not adapt to meet the demands of the workforce will continue to experience employees quitting and will find it increasingly difficult to fill open jobs.

When The Big Quit Will End

The answer to when the big quit will end is dependent on when companies will transform to meet the demands of the modern workforce. There aren’t a lot of secrets. Employees today are vocal about what they want in a job. The statistics and surveys show clearly what employees want. But, in order to meet those demands, companies need to transform. If your business is experiencing voluntary quitting amongst your workforce, you can’t afford not to transform.