The 7 Most Hilarious Interview Stories

The hiring process can be a constant thorn in a firm’s side. However, recruiting people can often turn into a comedy routine. There’s nothing like job interview pressures to bring out the strangest and most awkward tendencies of potential prospects.

Sure, the resume may be solid, and the references sublime, but it doesn’t mean the person doesn’t have some serious comical quirks. Every recruiter has one of these stories, detailing an experience where both parties had no idea what they were getting into.

History and Evolution of the Recruitment Industry

Surprisingly, employee recruitment has only been around since World War II. There were considerable gaps in the workplace, which gave birth to staffing agencies. Since soldiers left vacancies behind in their absence, professional job recruits scrambled to fill those voids with eligible men and women. 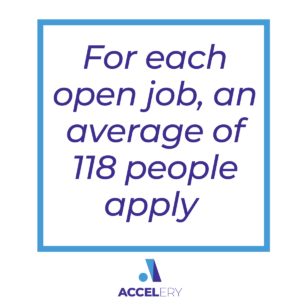 The entry of computers drastically altered the staffing process, as well as the introduction of the World Wide Web. Emerging technologies transformed these agencies into tech-savvy companies implementing the latest technologies to locate the best candidate possible around the world. Now, the process is completed in a matter of days, including streamlined online background checks.

“The Big Quit” is continuing, and companies are more active in recruiting than ever before, and struggling to find the right talent. For every open job, there is an average of 118 people applying. With that many applicants, there are bound to be a few funny stories, and the internet can be counted on to capture them.

We’ve all had an embarrassing moment during an interview. These 7 Hilarious Recruiting Stories are in a league of their own:

The Experience: A department head was forced to choose between two bizarre interactions. The first guy seemed sophisticated. While everyone was eating, he abruptly picked up his empty plate and licked the whole thing clean, his tongue repeatedly pressed against the surface. The second candidate was taken to dinner. At the end of his entree, he asked, “So, what is the student-teacher dating policy?” The plate licker got the gig.

The Experience: A short dialogue occurred screening a candidate for their personal policy on substance abuse. The prospect inquired about taking illegal substances. When the interviewer responded all drugs would be prohibited, the potential employee abruptly stood up and left.

The Experience: The individual came in wearing all-black clothes, including a beat-up black cap — the kind of attire for thieves. After the interviewer did some brief supervising on the floor, she returned to the break room and found the candidate awkwardly looking at his hands. Finally, he came clean, revealing a fistful of jelly beans. When asked where he got the candies, the man abruptly shoved the entire handful into his mouth. His palms were stained, and he spent a minute in silence, chewing laboriously at the candies. The not-so-sweet interview ended there.

The Experience: A promising recruit admitted to being shy, awkward in crowds, and harbored an undying love of animals. None of these raised any red flags in the recruiter. In a follow-up interview with the client, the prospect showed up with his pet boa constrictor wrapped around his neck. Even though he didn’t get the gig, the snake lover called the recruiter two days later and invited them to a local Colorado Avalanche hockey game.

The Experience: Before a background check was conducted, the very first candidate interviewed was hired. Apparently, the recruiter never had any issues in the past with references. Red flags were raised when the prospect’s claimed degree couldn’t be verified. On his first day, two police officers showed up and hauled the first placement, along with the client, away in handcuffs. Apparently, they only send out a duo of officers if the guy is REALLY bad. The recruiter never learned what the crime was, and the employee was never seen again.

Birds Against The Glass

The Experience: A high-level candidate was walking into a meeting room and collided directly with the glass. He struck it so hard that there was a giant face print smudged across the surface. The fellow landed the job, but the staff continued teasing him, circling the face print so the cleaning staff wouldn’t wipe it off. The mark was there for six months.

The Experience. For a specific job, over 200 people were hired nationwide. The first step: is a phone screen. The second: is a video interview with the hiring manager. The final: a panel interview with five high-ranking individuals. If an individual reached the final stage, more likely than not, they were going to land the job. One candidate made it to the last step and abruptly started doing magic tricks. Without smiling, he pulled flowers from his sleeves, and then tried to “vanish” an interviewer’s coffee. This last sleight-of-hand was botched, and the coffee was spilled everywhere. In the same round of hiring, a recruiter witnessed a prospect doing the video portion sitting cross-legged on the floor. The doorbell rang, and the man stood up, and revealed his underwear.