The Rise Of Digital Infrastructure 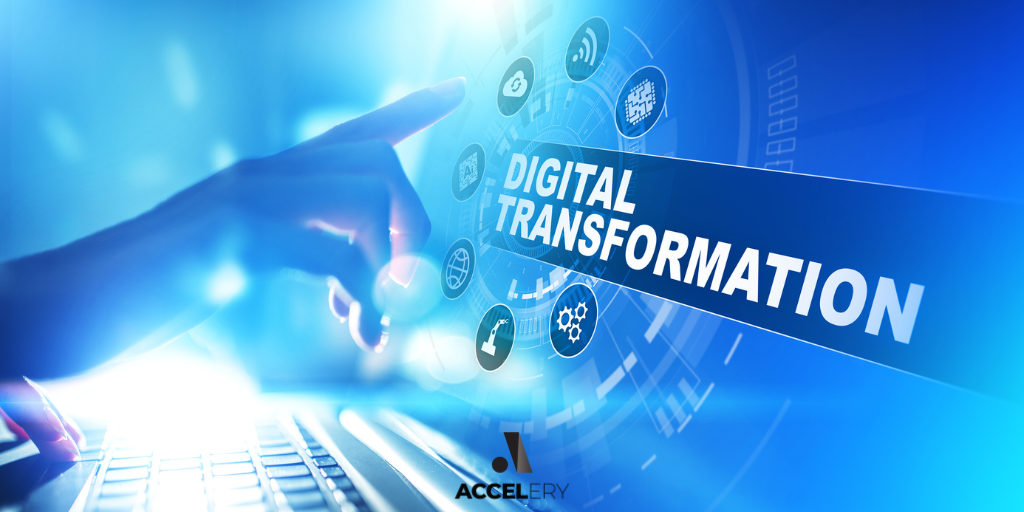 We are all in the midst of the Fourth Industrial Revolution. The ideation started well before the Covid-19 pandemic. It encompasses everything from work to school, and spans entertainment to even healthcare. Basically, the rise of digital infrastructure has been incorporated into every facet of our lives.

Digital infrastructure has evolved from an emerging asset class to a critical component recognized as a vital piece by a society dependent on reliable connectivity.

What Exactly Is Digital Infrastructure?

Have you ever been without your phone all day? Makes you feel a little out of the loop, right? We are so ingratiated in digital infrastructure, that we don’t realize the glut of physical

resources necessary to enable everything that uses data. This includes: computers, systems, and processes. Infrastructure is intertwined with the functionality of society as a whole. Primarily, usage is categorized with the internet, broadband, mobile networks, communication satellites, data centers, end-user devices, and apps. The most recent infrastructure saw the development of API Integration and the Cloud.

The Dawn Of A Digital Revolution

The initial shift from mechanical and analog to digital began in the latter half of the 20th century. Digital computing was central to this revolution, leading to mass production and the widespread usage of numerous technological innovations. It was also known as the Third Industrial Revolution, preceding its sequel era, that we are currently living in today.

The Rise Of The Internet

Following telecommunication and radio infrastructure, the internet was operated through servers, switches, and routers, all of which moved information from one place to another.

This system of private networks is hooked together over telecommunications networks. Internet service providers lease space over phone lines. It remains a huge milestone in connectivity, bridging the gap to globalization in the civilized world. Specifically, large companies (such as Google and Facebook) harbor the ability to direct attention, with net results and referrals serving as a significant part in bolstering the digital economy.

Following the personal computer revolution of the early ‘80s, most commercial software was proprietary.  Software tools were established and installed internally by companies; the resulting products were licensed to customers. The startup renaissance turned to open-source software tools. Sharing permissive licenses, rather than building proprietary code, is a cheaper and more efficient method.

Using public code is more efficient for a company like Facebook and Instagram than building every piece themselves. In 1998, an encryption tool entitled OpenSSL was introduced to the internet. Now, over 2/3rds of web users use the software, permitting websites to handle such data as credit card information.

These large warehouse-like buildings can host thousands of servers facilitating all types of data storage and processing. The broad category of these centers typically addresses the data storage needs of individual customers rather than providing cloud services. To date, Carbon emissions in these locations can be substantial, causing upper management in Big Tech to make a concerted effort to limit the carbon footprint by the next decade.

The latest technologies are installed to boost Power Usage Effectiveness (PUE), attempting to manage watts through both digital and electronic technologies. Due to the COVID-19 pandemic, these businesses have been increasingly attractive to long-term private capital and continue to be opportunistic amongst investors.

Governments worldwide are investing in digital infrastructure as a necessity. Last year, China pledged $1.4 trillion at the heart of its future economic roadmap. Some estimate that it could be double than that. The United States signed an Infrastructure plan into action worth $2 trillion; The American Jobs Plan allocated $100 billion to revitalize the country’s digital infrastructure. Even the European Union has earmarked billions of their pandemic recovery fund to member states for digital improvements.

Overall, 60% of the world’s GDP is made of 600 cities; in three years, 136 new cities are expected to join. All will rely on extensive digital infrastructure. 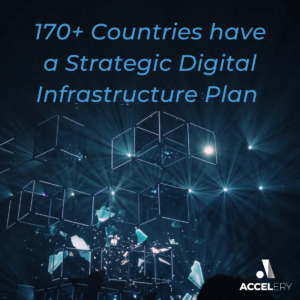 Because 170 countries have already laid out detailed national digital strategies to drive their economic digital transformation, global digital transformation has been expedited based on both digital networks and the cloud. Rapidly, the world is evolving toward a data and intelligence-driven digital society. Over the next two years, data consumption will increase from 70 ZB to 150 ZB. Data governance monetization will move from $2 trillion to $13 trillion; energy consumption is expected to increase by 50% by 2050, primarily promoting a green and sustainable economy through renewable energy.

The internet has reached proportionally more people on the planet than any previous technology, with fiber-optic cables carrying 95% of all international data. There are a glut of engineers and entrepreneurs that are exploring digital tools to meet civic over marketing needs. There is already a wave of innovation in terms of creating new public infrastructures, especially across social networks, including introducing social and economic opportunities online. Rapid digitalization, efficient transmission, and the processing of data will continue to play a critical role in accelerating global economic growth.